The royals can be seen walking toward a helicopter waiting in the Kensington Palace grounds and boarding their private jet in a video posted on Instagram by @royalfashionpolice. Orla, their pet dog, joined them and was seen bounding toward the plane.

Kate, 40, appeared to be sporting the same straw hat and white summer dress she wore to watch the Ladies’ Singles Final at Wimbledon last Saturday.

Although the family’s destination is unknown, it is likely that they were traveling to Anmer Hall, their Norfolk country retreat. Louis’ term at Willcocks Nursery School ended a day or two earlier on the Wednesday than George and Charlotte’s did at Thomas’s Battersea last Friday.

The Duke and Duchess were in attendance at Wimbledon over the weekend, which would account for their delayed departure.

The Cambridge family enjoys visiting Anmer Hall and does so as frequently as they can, usually over the summer when the kids are off from school.

The three-story home is situated on the Sandringham Estate and has a large lawn with swings, climbing walls, and climbing frames, making it the ideal location for a family getaway.

We spend as much time as we can here, it’s very peaceful, William said of their country home, which was a wedding gift from the Queen, in an earlier Apple Time to Walk episode.

It’s likely that the Cambridges will visit Her Majesty later this summer since they typically pay a visit to Balmoral, Scotland, in August. The family has traveled to Aberdeenshire before on commercial flights.

For William, Kate, and their young children, it’s a busy time. In order to be nearer to the Queen and Kate’s parents Carole and Michael Middleton, who reside in Berkshire, the family is reportedly moving to Windsor this summer.

Louis, four, Charlotte, seven, and George, who turn nine the following week, are anticipated to begin attending a new school in September. William and Kate will continue to use Kensington Palace as their base in London while the family resides in Windsor. 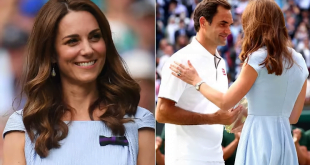 Prince Harry pictured in Africa ahead of visit to the UK 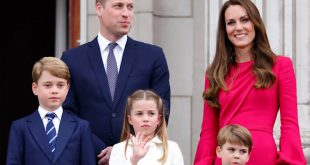