The Duke and Duchess of Cambridge have sent a message of good luck to Britain’s paralympians ahead of the Tokyo 2020 Paralympic Games, which begin on Tuesday.

Prince William and Kate shared a touching message on social media, writing: “I wish @ParalympicsGB and all of the athletes competing in this year’s #Paralympics the best of luck. We can’t wait to see the #ImpossibleToIgnore talent and skill displayed over the next two weeks.”

The royal couple, who are known for their love of sports, were among the spectators at the London 2012 Paralympic Games cheering on athletes. The United Kingdom finished third in the Paralympics, with 120 medals, including 34 golds, behind China and Russia.

The British team won 147 medals at the 2016 Paralympic Games in Rio, including an incredible 64 golds.

From Tuesday, August 24 to Sunday, September 5, viewers will be able to watch Paralympics Great Britain compete.

The Duke and Duchess of Cambridge are currently on vacation with their three children, Prince George, 8, Princess Charlotte, 6, and Prince Louis, 3.

As is customary for the royal family, they will likely join the Queen at her Balmoral estate in Scotland during the final weeks of the school holidays.

The Prince of Wales, the Duchess of Cornwall, the Duke of York and his ex-wife, Sarah, Duchess of York, and Princess Eugenie, Jack Brooksbank, and their six-month-old son August have already joined the monarch, who is 95.

For the second year in a row, HELLO! exclusively revealed that the Cambridges had spent their summer staycation on the Isles of Scilly.

In September, George and Charlotte will return to their classrooms at Thomas’s Battersea, where they will begin Year 4 and Year 2, respectively. Louis, on the other hand, began attending Willcocks Nursery School in Kensington in April.

Previous Meghan Markle and Prince Harry Insist They Did Not ‘Reignite Rift’ With Queen Elizabeth
Next Has Meghan Markle ever stayed with the Queen at Balmoral? 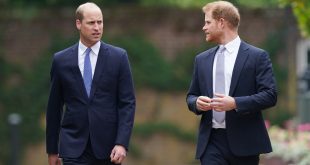 The monarchy and the media: A relationship under examination 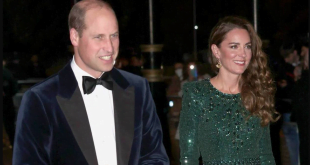